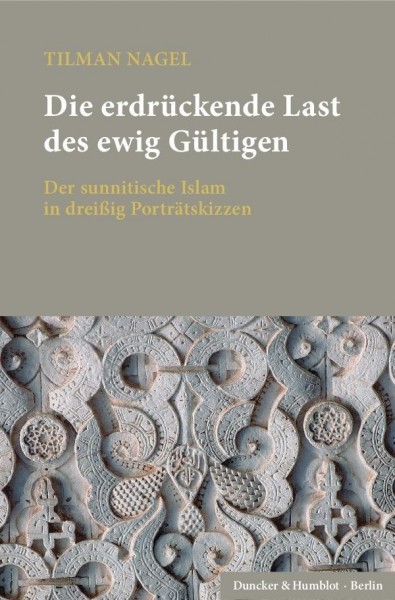 »The Crushing Burden of Eternal Directives« The publication is the first comprehensive study of the most important religious and political group within Islam. The author identifies four major stages of the history of Sunnism: 1. It took about four centuries until Sunnism succeded in being recognized as the legitimate continuation of the Medinian community founded by the prophet Mohammed. 2. This success enabled Sunnism to overcome the challenge of the philosophical traditions of antiquity. 3. Since the 13th century A.D. the belief that Mohammed was still present among the Sunni moslems became widely spread. 4. Yet it is already since the 11th century that we can trace out the denial of that popular tenet, a denial which has become characteristic of contemporary Sunnism. von Nagel, Tilman