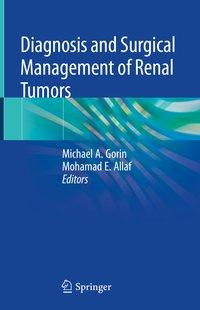 Renal cell carcinoma (RCC) is the most common primary malignancy of the kidney, with an estimated 64,000 new cases diagnosed each year in the United States. Worldwide, this figure approaches 270,000 annual incident cases. At the time of initial presentation, 80% of patients with RCC will be diagnosed with a tumor localized the kidney. The majority of these lesions will be small (i.e. =4 cm) and potentially curable with either partial or radical nephrectomy. In recent decades, the rate of incidentally detected small renal tumors has risen substantially due the increasing use of cross-sectional imaging performed across the field of medicine. This rise in the incident number of localized renal tumors has unfortunately not resulted in a corresponding decrease in cases of metastatic RCC. This observation has led to our understanding that a significant proportion of incidentally detected renal tumors are of low malignant potential and may be safely managed with alternatives to surgery such active surveillance and thermo ablation. The use of these less invasive management approaches, however, must be balanced by the reality that upon spreading beyond the confines of the kidney, RCC is almost always incurable. Thus, when selecting a management strategy for a given patient, one must employ a risk-adapted approach that includes knowledge of a tumor's histology and metastatic potential. In each patient, the goal of management should be to minimize the risk of progression to metastatic disease while preserving renal function and minimizing morbidity. This text provides a contemporary review of the diagnosis and surgical management of RCC. It opens with chapters on the pathology, radiology, and genetics of RCC. It then covers the risk stratification of renal tumors utilizing renal mass biopsy as well as non-invasive novel imaging-based scoring systems. Next, the surgical management of small and locally advanced renal tumors as well as the role of surgery in cases of metastatic RCC is reviewed. In addition, alternative approaches to surgery including active surveillance and ablative techniques are reviewed. Other chapters detail the emerging role of neoadjuvant and adjuvant systemic therapy in patients who are at high risk of progression to metastatic disease. Finally, the text covers the post-operative surveillance of patients with RCC as well as a summary of contemporary guidelines on the management of this disease. Diagnosis and Surgical Management of Renal Cell Carcinoma will serve as a comprehensive resource for physicians and researchers interested in RCC. All chapters will be written by experts in the field and will include the most up to date scientific and clinical information. von Gorin, Michael