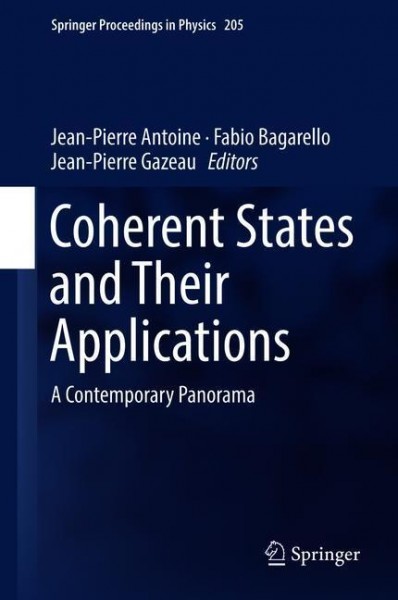 Coherent States and Their Applications

Coherent States and Their Applications
A Contemporary Panorama

Coherent states (CS) were originally introduced in 1926 by Schrödinger and rediscovered in the early 1960s in the context of laser physics. Since then, they have evolved into an extremely rich domain that pervades virtually every corner of physics, and have also given rise to a range of research topics in mathematics.The purpose of the 2016 CIRM conference was to bring together leading experts in the field with scientists interested in related topics, to jointly investigate their applications in physics, their various mathematical properties, and their generalizations in many directions. Instead of traditional proceedings, this book presents sixteen longer review-type contributions, which are the outcome of a collaborative effort by many conference participants, subsequently reviewed by independent experts.The book aptly illustrates the diversity of CS aspects, from purely mathematical topics to physical applications, including quantum gravity. von Antoine, Jean-Pierre und Bagarello, Fabio und Gazeau, Jean-Pierre