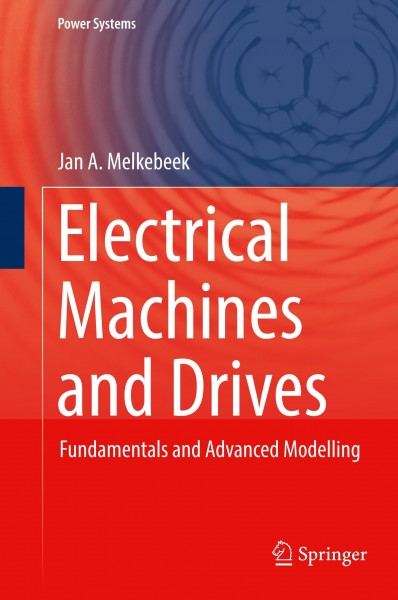 This book aims to offer a thorough study and reference textbook on electrical machines and drives. The basic idea is to start from the pure electromagnetic principles to derive the equivalent circuits and steady-state equations of the most common electrical machines (in the first parts). Although the book mainly concentrates on rotating field machines, the first two chapters are devoted to transformers and DC commutator machines. The chapter on transformers is included as an introduction to induction and synchronous machines, their electromagnetics and equivalent circuits. Chapters three and four offer an in-depth study of induction and synchronous machines, respectively. Starting from their electromagnetics, steady-state equations and equivalent circuits are derived, from which their basic properties can be deduced. The second part discusses the main power-electronic supplies for electrical drives, for example rectifiers, choppers, cycloconverters and inverters. Much attention is paid to PWM techniques for inverters and the resulting harmonic content in the output waveform. In the third part, electrical drives are discussed, combining the traditional (rotating field and DC commutator) electrical machines treated in the first part and the power electronics of part two. Field orientation of induction and synchronous machines are discussed in detail, as well as direct torque control. In addition, also switched reluctance machines and stepping motors are discussed in the last chapters. Finally, part 4 is devoted to the dynamics of traditional electrical machines. Also for the dynamics of induction and synchronous machine drives, the electromagnetics are used as the starting point to derive the dynamic models. Throughout part 4, much attention is paid to the derivation of analytical models. But, of course, the basic dynamic properties and probable causes of instability of induction and synchronous machine drives are discussed in detail as well, with the derived models for stability in the small as starting point. In addition to the study of the stability in the small, a chapter is devoted to large-scale dynamics as well (e.g. sudden short-circuit of synchronous machines). The textbook is used as the course text for the Bachelor's and Master's programme in electrical and mechanical engineering at the Faculty of Engineering and Architecture of Ghent University. Parts 1 and 2 are taught in the basic course 'Fundamentals of Electric Drives' in the third bachelor. Part 3 is used for the course 'Controlled Electrical Drives' in the first master, while Part 4 is used in the specialised master on electrical energy. von Melkebeek, Jan A