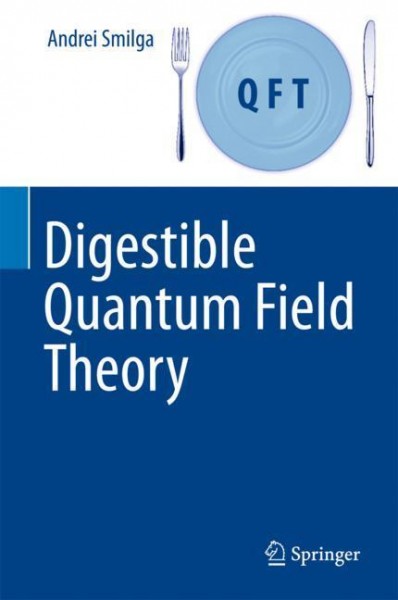 This book gives an intermediate level treatment of quantum field theory, appropriate to a reader with a first degree in physics and a working knowledge of special relativity and quantum mechanics. It aims to give the reader some understanding of what QFT is all about, without delving deep into actual calculations of Feynman diagrams or similar.The author serves up a seven-course menu, which begins with a brief introductory Aperitif. This is followed by the Hors d'oeuvres, which set the scene with a broad survey of the Universe, its theoretical description, and how the ideas of QFT developed during the last century. In the next course, the Art of Cooking, the author recaps on some basic facts of analytical mechanics, relativity, quantum mechanics and also presents some nutritious "extras" in mathematics (group theory at the elementary level) and in physics (theory of scattering). After these preparations, the reader should have a good appetite for the Entrées - the central part of the book where the Standard Model is described and explained. After Trou Normand, the restive pause including human stories about physicists and no formulas, the author serves the Dessert, devoted to supersymmetry (a very beautiful theory that is still awaiting a direct experimental confirmation), to general relativity and to the mystery of quantum gravity.   von Smilga, Andrei

Andrei Smilga, an expert on quantum field theory, received his degrees from the Institute for Theoretical and Experimental Physics in Moscow, where he also worked for many years as a researcher. He is the author of the monograph "Lectures on Quantum Chromodynamics", (World Scientific, 2001). Since 1998 he has been a Professor of Physics at the University of Nantes in France.