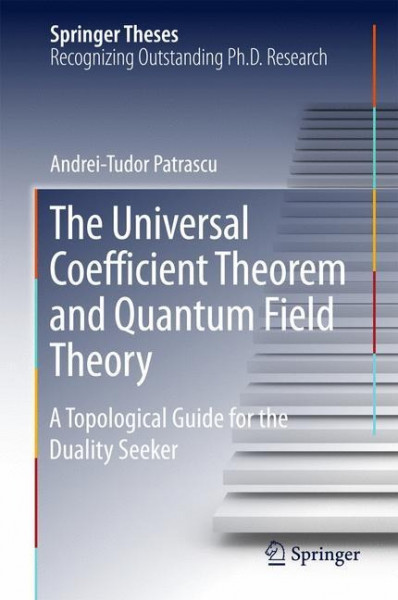 This thesis describes a new connection between algebraic geometry, topology, number theory and quantum field theory. It offers a pedagogical introduction to algebraic topology, allowing readers to rapidly develop basic skills, and it also presents original ideas to inspire new research in the quest for dualities. Its ambitious goal is to construct a method based on the universal coefficient theorem for identifying new dualities connecting different domains of quantum field theory. This thesis opens a new area of research in the domain of non-perturbative physics-one in which the use of different coefficient structures in (co)homology may lead to previously unknown connections between different regimes of quantum field theories. The origin of dualities is an issue in fundamental physics that continues to puzzle the research community with unexpected results like the AdS/CFT duality or the ER-EPR conjecture. This thesis analyzes these observations from a novel and original point of view, mainly based on a fundamental connection between number theory and topology. Beyond its scientific qualities, it also offers a pedagogical introduction to advanced mathematics and its connection with physics. This makes it a valuable resource for students in mathematical physics and researchers wanting to gain insights into (co)homology theories with coefficients or the way in which Grothendieck's work may be connected with physics. von Patrascu, Andrei-Tudor

With a surprisingly diverse research experience covering domains from molecular spectroscopy to theoretical high energy physics and from algebraic topology and geometry to homological algebra, Andrei Patrascu seeks to understand the origin of dualities in physics. After following graduate courses at internationally renowned institutions like the Ecole Normale Superieure in Paris, Rensselaer Polytechnic Institute in Troy, NY and University College London, the author, while also working on applied physics, initiated a new research program in mathematical physics with the goal of giving a homological algebraic interpretation to some of the most important results in theoretical physics: the AdS/CFT correspondence and the ER-EPR duality. This book shows how the ideas leading to this program took shape and may become a guide towards new results of this type.