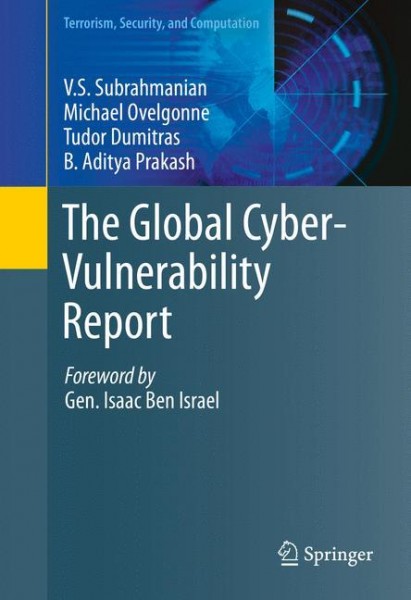 This is the first book  that uses cyber-vulnerability data to explore the vulnerability of over four million machines per year, covering a two-year period as reported by Symantec. Analyzing more than 20 billion telemetry reports comprising malware and binary reputation reports, this book quantifies the cyber-vulnerability of 44 countries for which at least 500 hosts were monitored.  Chapters explain the context for this data and its impact, along with explaining how the cyber-vulnerability is calculated. This book also contains a detailed summary of the cyber-vulnerability of dozens of nations according to the percentage of infected hosts and number of infections. It identifies relationships between piracy rates, GDP and other country indicators. The book contains detailed information about potential cyber-security policies that 44 countries have announced, as well as an analysis of gaps in cyber-security policies in general. The Global Cyber-Vulnerability Report targets researchers and  professionals including government and military workers, policy-makers and law-makers  working in cybersecurity or the web intelligence fields. Advanced-level students in computer science will also find this report valuable as a reference. von Subrahmanian, V. S.