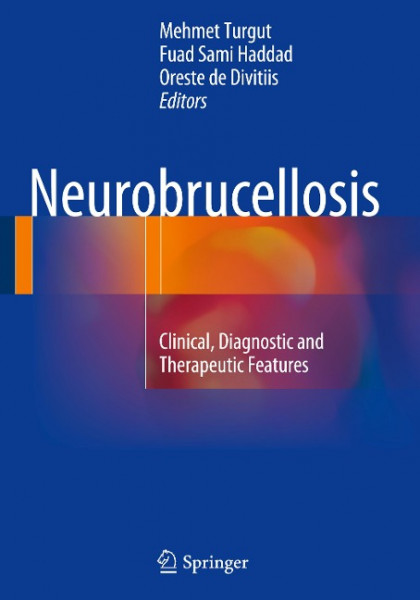 This book provides an in-depth review of knowledge of neurobrucellosis, which remains common despite significant improvements in preventive measures, neuroradiological techniques, and treatment methods. The chapters are organized into five sections, the first three of which address cranial and intracranial brucellosis, spinal brucellosis, and brucellosis of the peripheral portions of the nervous system. The fourth section focuses on laboratory studies in neurobrucellosis, and the closing section is devoted to therapy, encompassing both medical approaches and the surgical procedures used to treat the complications associated with brucellosis involving the spine, brain, and peripheral nerves. Despite the impressive efforts to eradicate the disease, brucellosis still poses a great threat in the Mediterranean Basin, where it originated, as well as in South and Central America, the Caribbean, and Africa. Written and edited by leading international authorities in the field, this comprehensive book will be an ideal up-to-date reference for neurosurgeons, neurologists, and specialists in infectious disease who are seeking either basic or more advanced information on the disease and its diagnosis and treatment. von Turgut, Mehmet und Haddad, Fuad Sami und Divitiis, Oreste de