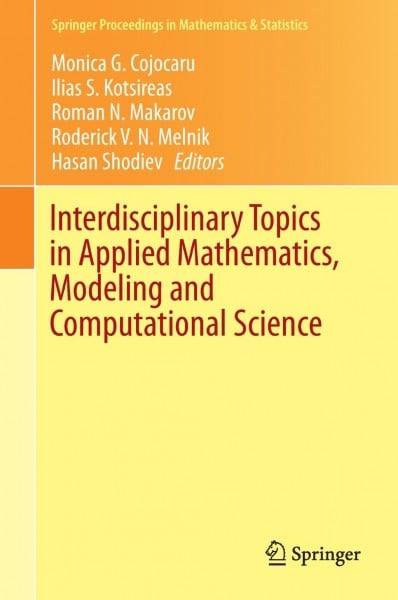 The Applied Mathematics, Modelling, and Computational Science (AMMCS) conference aims to promote interdisciplinary research and collaboration. The contributions in this volume cover the latest research in mathematical and computational sciences, modeling, and simulation as well as their applications in natural and social sciences, engineering and technology, industry, and finance. The 2013 conference, the second in a series of AMMCS meetings, was held August 26-30 and organized in cooperation with AIMS and SIAM, with support from the Fields Institute in Toronto, and Wilfrid Laurier University. There were many young scientists at AMMCS-2013, both as presenters and as organizers. This proceedings contains refereed papers contributed by the participants of the AMMCS-2013 after the conference.This volume is suitable for researchers and graduate students, mathematicians and engineers, industrialists, and anyone who would like to delve into the interdisciplinary research of applied and computational mathematics and its areas of applications. von Cojocaru, Monica und Kotsireas, Ilias S. und Makarov, Roman N. und Melnik, Roderick und Shodiev, Hasa