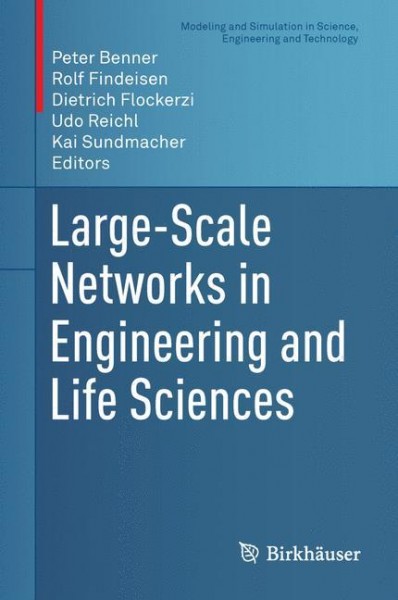 This edited volume provides insights into and tools for the modeling, analysis, optimization, and control of large-scale networks in the life sciences and in engineering. Large-scale systems are often the result of networked interactions between a large number of subsystems, and their analysis and control are becoming increasingly important. The chapters of this book present the basic concepts and theoretical foundations of network theory and discuss its applications in different scientific areas such as biochemical reactions, chemical production processes, systems biology, electrical circuits, and mobile agents. The aim is to identify common concepts, to understand the underlying mathematical ideas, and to inspire discussions across the borders of the various disciplines.  The book originates from the interdisciplinary summer school "Large Scale Networks in Engineering and Life Sciences" hosted by the International Max Planck Research School Magdeburg, September 26-30, 2011, and will therefore be of interest to mathematicians, engineers, physicists, biologists, chemists, and anyone involved in the network sciences. In particular, due to their introductory nature the chapters can serve individually or as a whole as the basis of graduate courses and seminars, future summer schools, or as reference material for practitioners in the network sciences.  von Benner, Peter und Findeisen, Rolf und Flockerzi, Dietrich und Reichl, Udo und Sundmacher, Kai