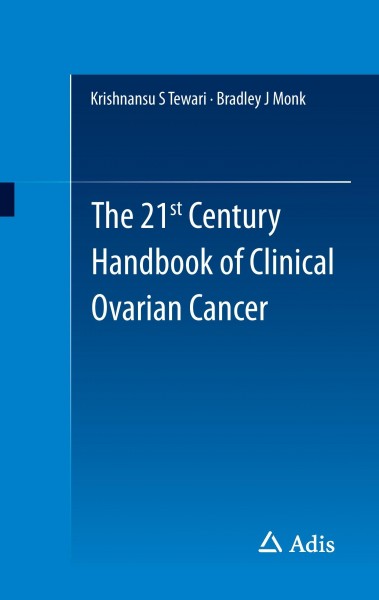 Krishnansu S Tewari, MD, is a Professor and Director of Research in the Division of gynecologic oncology at the University of California (UC) Irvine. He received his bachelor's degree in molecular biology at UC Berkeley, and went to medical school, completed his residency in obstetrics and gynecology, and fellowship in gynecologic oncology at the UC Irvine. He serves as the Principal Investigator of the National Cancer Institute's NRGOncology Cooperative Group and Gynecologic Oncology Group Partners at UC Irvine. At UC Irvine, Dr Tewari is the Chairman of the Clinical Trials Protocol Review and Monitoring Committee and the Director of the Women's Disease Oriented Team for the Chao Family National Cancer Institute Designated Comprehensive Cancer Center. He is also the Director of the Gynecologic Oncology Program at St Joseph's Center for Cancer Prevention and Treatment. Dr Tewari is a voting member of the NRG's Cervix Committee,Publications Committee, and Committee on Experimental Medicine, and Chairs the Society of Gynecologic Oncology's Publications Committee. Dr Tewari has published over 100 peer-reviewed articles and written numerous book chapters. His research interests include novel targeted therapeutics in ovarian cancer and cervical cancer. Dr Tewari is funded by the National Institutes of Health to study surrogate markers of angiogenesis in cervical cancer and is the Study Chair/Principal Investigator for Gynecologic Oncology Group protocol 240, the practice-changing phase III randomized clinical trial, which demonstrated that compared with chemotherapy alone, the addition of the anti-angiogenesis drug, bevacizumab, significantly improved overall survival, progression-free survival, and response rate without a significant deterioration in health-related quality of life (Tewari KS, Sill MW, Long HJ 3rd, et al. Improved survival with bevacizumab in advanced cervical cancer. N Engl J Med. 2014;370:734-743). This pivotal trial led to US Food and Drug Administration approval of bevacizumab in advanced cervical cancer on August 14, 2014. Dr Tewari has been listed for seven consecutive years as one of the Top Doctors in Orange County and has been listed in Best Doctors of America for the past 4 years. An expert in robotic surgery, for the past 2 years Dr Tewari has been traveling every 8 months to conduct robotic surgery workshops in different cities in India for women diagnosed with early stage cervical and endometrial cancer. Bradley J Monk, MD, received his medical degree from the University of Arizona in 1988 where he graduated at the top of his class. He then underwent training in obstetrics and gynecology at the University of California (UC) Los Angeles between 1988 and 1992, and gynecologic oncology at the UC Irvine between 1992 and 1995. In 1995, he was appointed the Director of gynecology oncology at Texas Tech University and Associate Director of the Southwest Cancer Center where he served until 1998. Since 1998, he has been a member of the faculty at UC Irvine where he currently is Associate Professor (with tenure). He is board certified in both obstetrics and gynecology and gynecologic oncology. He is a fellow of the American College of Surgeons and the American College of Obstetricians and Gynecologists. He is also an active full member of the Society of Gynecologic Oncologists, American Society of Clinical Oncology, and the American Association of Cancer Research. Dr Monk has been an investigator for the Gynecologic Oncology Group since 1995 and is the Chair of the Cervical Committee along with serving on the tissue utilization and publications committees. He is the Co-Principal Investigator for the Gynecologic Oncology Group at UC Irvine and Study Chair for both group wide phase III trials in cervical carcinoma and also serves as the study chair or co-chair for seven other trials investigating new therapies in cervical and ovarian cancer. Dr Monk has received career development funding (K-23) from the National Cancer Institute to investigate new strategies against HPV-related illnesses and, in addition, is funded by the National Cancer Institute to study therapeutic HPV vaccines. Dr Monk has over 90 peer-review publications predominantly dealing with the areas of cervical and ovarian cancer prevention, therapeutics as well as issues related to quality of life. He has also published 15 book chapters and is on the Editorial Board for Gynecologic Oncology and The American Journal of Hematology/Oncology and is a past President of the Orange County OB/GYN Society.