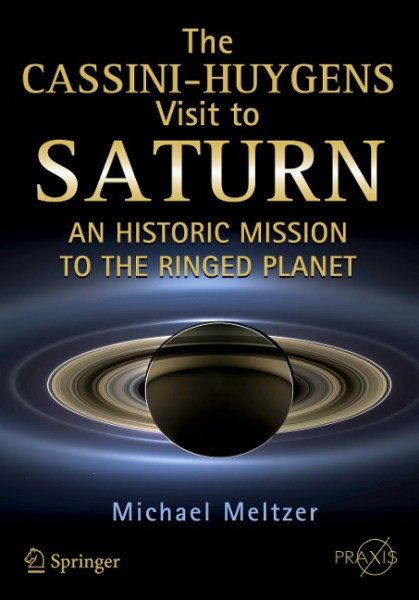 The Cassini-Huygens Visit to Saturn

Cassini-Huygens was the most ambitious and successful space journey ever launched to the outer Solar System. This book examines all aspects of the journey: its conception and planning; the lengthy political processes needed to make it a reality; the engineering and development required to build the spacecraft; its 2.2-billion mile journey from Earth to the Ringed Planet and the amazing discoveries from the mission. The author traces how the visions of a few brilliant scientists matured, gained popularity and eventually became a reality. Innovative technical leaps were necessary to assemble such a multifaceted spacecraft and reliably operate it while it orbited a planet so far from our own. The Cassini-Huygens spacecraft design evolved from other deep space efforts, most notably the Galileo mission to Jupiter, enabling the voluminous, paradigm-shifting scientific data collected by the spacecraft. Some of these discoveries are absolute gems. A small satellite that scientists once thought of as a dead piece of rock turned out to contain a warm underground sea that could conceivably harbor life. And we now know that hiding under the mist of Saturn's largest moon, Titan, is a world with lakes, fluvial channels, and dunes hauntingly reminiscent of those on our own planet, except that on Titan, it's not water that fills those lakes but hydrocarbons. These and other breakthroughs illustrate why the Cassini-Huygens mission will be remembered as one of greatest voyages of discovery ever made. von Meltzer, Michael

Michael Meltzer is a full-time writer of space exploration books and an environmental scientist and engineer. Meltzer worked as an environmental engineer at Lawrence Livermore National Laboratory from 1990 to 2006. Before that, he was a senior environmental scientist at Jacobs Engineering Group. He holds a doctorate in Environmental Science and Engineering from UCLA and a masters degree in Geophysics and a bachelors degree in Physics from University of California at Berkeley. Meltzer has designed the curricula for two college-level classes.His previous books include When Biospheres Collide (NASA, 2011) and Mission to Jupiter (NASA, 2009) and a textbook entitled Passive & Active Solar Heating Technology (Prentice-Hall, 1985).