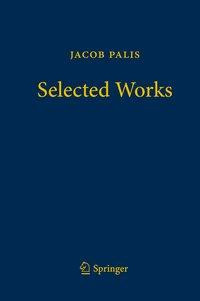 The Theory of Dynamical Systems was first introduced by the great mathematician Henri Poincaré as a qualitative study of differential equations. For more than forty years, Jacob Palis has made outstanding contributions to this area of mathematics. In the 1970s, following in the wake of Stephen Smale, he became one of the major figures in developing the Theory of Hyperbolic Dynamics and Structural Stability.This volume presents a selection of Jacob Palis' mathematical contributions, starting with his PhD thesis and ending with papers on what is widely known as the Palis Conjecture. Most of the papers included in the present volume are inspired by the earlier work of Poincaré and, more recently, by Steve Smale among others. They aim at providing a description of the general structure of dynamical systems.Jacob Palis, whose work has been distinguished with numerous international prizes, is broadly recognized as the father of the Latin American School of Mathematics in Dynamical Systems and one of the most important scientific personalities on the continent. In 2010 he was awarded the Balzan Prize for his fundamental contributions in the Mathematical Theory of Dynamical Systems, which has been the basis for many applications in various scientific disciplines. von Palis, Jacob und Melo, Welington de

Jacob Palis is a member of the Brazilian Academy of Science and a professor at IMPA, Rio de Janeiro. He has received many international prizes, he is a member of thirteen Academies of Sciences and a holder of honorary degrees from six universities. In 2010 he was awarded the Balzan Prize for his fundamental contributions in the Mathematical Theory of Dynamical Systems.