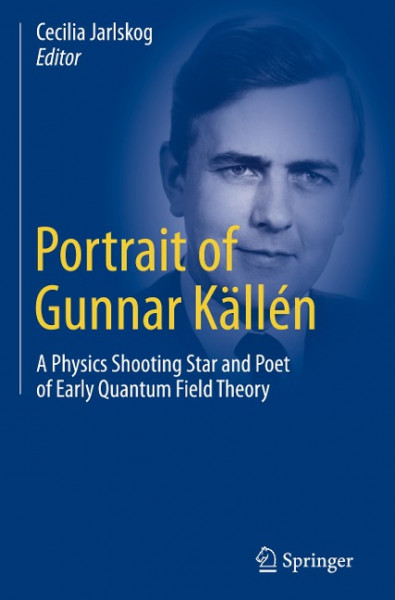 Wolfgang Pauli referred to him as 'my discovery,' Robert Oppenheimer described him as 'one of the most gifted theorists' and Niels Bohr found him enormously stimulating. Who was the man in question, Gunnar Källén (1926-1968)?His appearance in the physics sky was like a shooting star. His contributions to the scientific debate caused excitement among young and old. Similar to his friend and mentor, Wolfgang Pauli, he demanded honesty and rigor in physics - a distinct dividing line between fact and speculation.  In his obituary, Arthur S. Wightman would write: 'Gunnar Källén was a proud continuer of the tradition in quantum field theory established by Wolfgang Pauli. His papers on quantum electrodynamics in the period 1950-1954 carried the non-perturbative approach to quantum electrodynamics forward to a point beyond which very little essential progress has been made up to the present day.  At the time I was trying to puzzle out the grammar of the language of quantum field theory, and here was Källén already writing poetry in the language!'. In addition to being a remarkable scientist, Källén had a very interesting personality, well worth exploring.In her book, physicist Cecilia Jarlskog traces both the personal and scientific trajectory of this unsung hero of the early days of high-energy physics and quantum field theory. A number of invited contributions by members of the Källén family and distinguished researchers from the field, all of them personally acquainted with Källén, combine to form an authentic portrait of the researcher and the man. Last but not least, the reader will become acquainted with some aspects of the history of particle physics in those days, as related by Källén and those who corresponded with him. A commented selection of his most important and not easily accessible papers is included as an added bonus for specialists. von Jarlskog, Cecilia

The Editor, Prof. Cecilia Jarlskog, is the "grand old dame" of high-energy physics. She has been, in particular, the chairperson of the physics section of the Nobel Prize Committee.