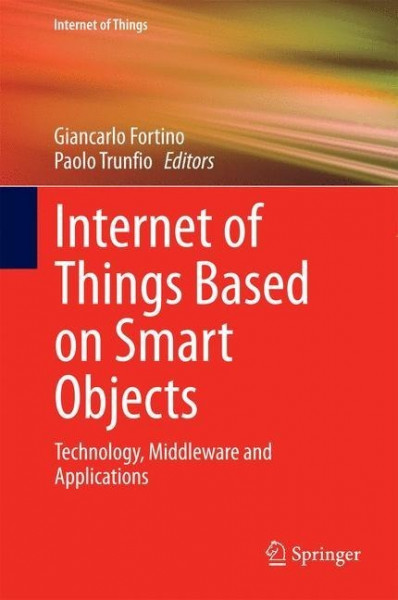 Internet of Things Based on Smart Objects

The Internet of Things (IoT) usually refers to a world-wide network of interconnected heterogeneous objects (sensors, actuators, smart devices, smart objects, RFID, embedded computers, etc) uniquely addressable, based on standard communication protocols. Beyond such a definition, it is emerging a new definition of IoT seen as a loosely coupled, decentralized system of cooperating smart objects (SOs). A SO is an autonomous, physical digital object augmented with sensing/actuating, processing, storing, and networking capabilities. SOs are able to sense/actuate, store, and interpret information created within themselves and around the neighbouring external world where they are situated, act on their own, cooperate with each other, and exchange information with other kinds of electronic devices and human users. However, such SO-oriented IoT raises many in-the-small and in-the-large issues involving SO programming, IoT system architecture/middleware and methods/methodologies for the development of SO-based applications. This Book will specifically focus on exploring recent advances in architectures, algorithms, and applications for an Internet of Things based on Smart Objects. Topics appropriate for this Book include, but are not necessarily limited to: - Methods for SO development - IoT Networking - Middleware for SOs - Data Management for SOs - Service-oriented SOs - Agent-oriented SOs - Applications of SOs in Smart Environments: Smart Cities, Smart Health, Smart Buildings, etc. Advanced IoT Projects. von Fortino, Giancarlo und Trunfio, Paolo