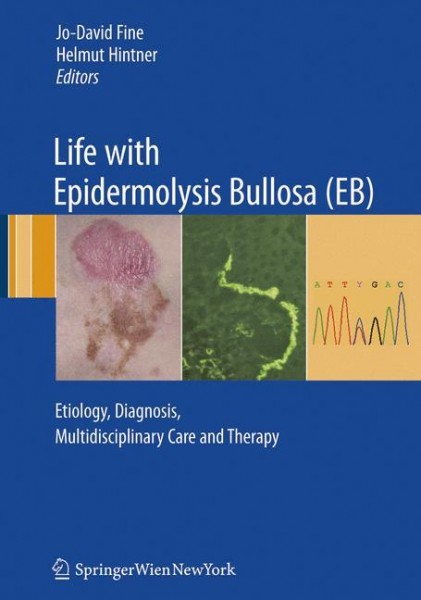 Epidermolysis bullosa (EB) is a heterogenous group of genodermatoses characterized by the formation of blisters and erosions on skin and mucous membrans from birth on. The cause are mutations in the genes of structural proteins of the junction between epidermis and dermis. This book deals with the treatment of this skin disease itself and its many extracutaneous complications. There is no previous book which has been focused on the therapy and it will be based on evidence-based data derived from the world¿s largest cohort of inherited EB-patients, the American EB Registry. An important chapter will discuss gene therapy in hereditary EB which has been recently successfully performed within a localized skin site on a single EB patient as a proof-of-principle test. Given its unique collective contents, the monograph will provide the primary source for clinical informations of this oftentimes severe multiorgan disease. von Lanschützer, Christopher