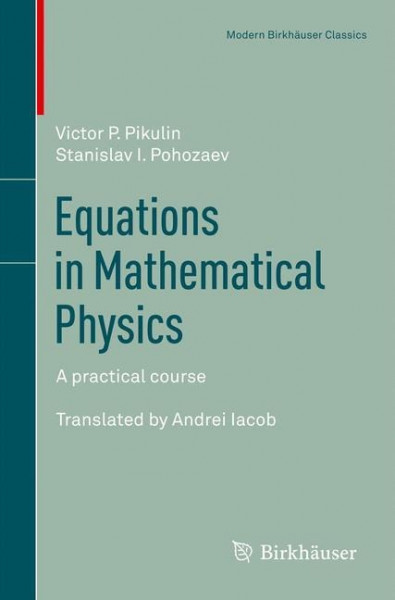 Many physical processes in fields such as mechanics, thermodynamics, electricity, magnetism or optics are described by means of partial differential equations. The aim of the present book is to demontstrate the basic methods for solving the classical linear problems in mathematical physics of elliptic, parabolic and hyperbolic type. In particular, the methods of conformal mappings, Fourier analysis and Green`s functions are considered, as well as the perturbation method and integral transformation method, among others. Every chapter contains concrete examples with a detailed analysis of their solution.The book is intended as a textbook for students in mathematical physics, but will also serve as a handbook for scientists and engineers.   von Pikulin, Victor P. und Pohozaev, Stanislav I. und Iacob, Andrei