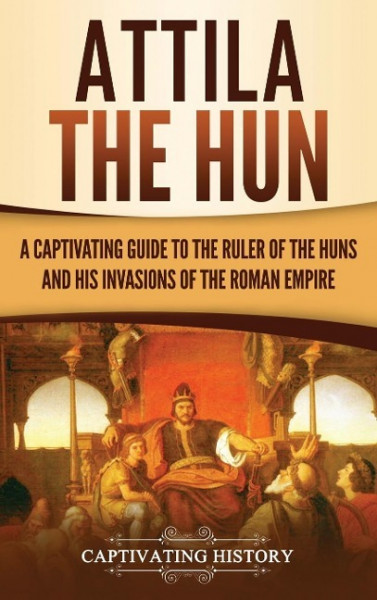 If you want to discover the captivating history of Attila the Hun, then keep reading... In the popular imagination, Attila the Hun is among the most barbaric leaders ever. His warriors have the reputation of being ruthless, cruel, and bloodthirsty, as the Huns are believed to have been savages lacking any semblance of civilized culture. The Huns raped and pillaged with abandon whenever the opportunity arose, and their raids into lands poorly protected by military outposts in the crumbling Roman Empire became legendary. The Huns under the command of Attila are thought to have been largely responsible for the collapse of the Roman Empire and the commencement of the Dark Ages in Europe. The reputation of Attila and his people, the Huns, is at odds with reality. But examining the few historical records of his character and deeds reveal quite a different story. It is true that he was a calculating leader who was skilled at unleashing his fierce fighters when necessary. It is also recorded in history that he was a continual thorn in the side of the Romans. However, placed in historical context, Attila acted in ways that were common among leaders, both Roman and barbarian, in the first half of the 5th century. What is extraordinary about him were his uncanny abilities in negotiations with superior powers, his capacity for matching and exceeding his enemies in duplicitous behavior, and his successes as a military tactician on the battlefield. In Attila the Hun: A Captivating Guide to the Ruler of the Huns and His Invasions of the Roman Empire, you will discover topics such as The Origins of Attila and the Huns The Wars of the Huns Before Attila An Alliance Between the Huns and the Romans Attila Attacks the Byzantines Attila Attacks the Byzantines Again Attila Foils a Byzantine Plot Attila's Diplomatic Strategy Evolves in the West Attila Raids Gaul Attila Raids Italy The Disintegration of Attila's Kingdom And much, much more! So if you want to learn more about Attila the Hun, scroll up and click the "add to cart" button! von History, Captivating