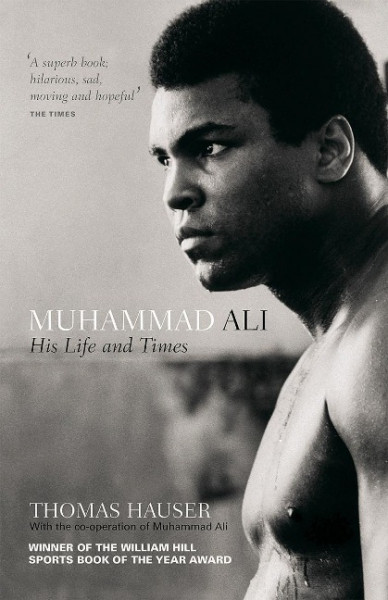 Muhammad Ali
His Life and Times

One of the most recognisable, respected and inspirational men on earth, Muhammad Ali is the world's most famous boxing hero. Ali brought unprecedented speed and grace to the sport, and his charm and wit changed forever what the world expects of a champion athlete. In the words of over two hundred of Ali's family members, associates, opponents, friends and enemies, this comprehensive and honest portrait relates his legendary sporting accomplishments, as well as the high drama of life outside the boxing ring. From Olympic gold in Rome, to stunning victory over George Foreman in Zaire, every historic victory and defeat of Ali's career is covered. His controversial embrace of the Nation of Islam - with the renunciation of his 'slave name', Cassius Clay - and the historic refusal to be inducted into the US Army makes for compelling reading. Ali became America's first national conscientious objector, and with a willingness to stage his fights in Third World locales, he continued his advocacy for people in need which was honoured in 2000 when he became a United Nations Messenger of Peace. Charismatic, dedicated and a skilful self-publicist, Ali is the living embodiment of the American Dream. This is the biography to match his achievements. von Hauser, Thomas