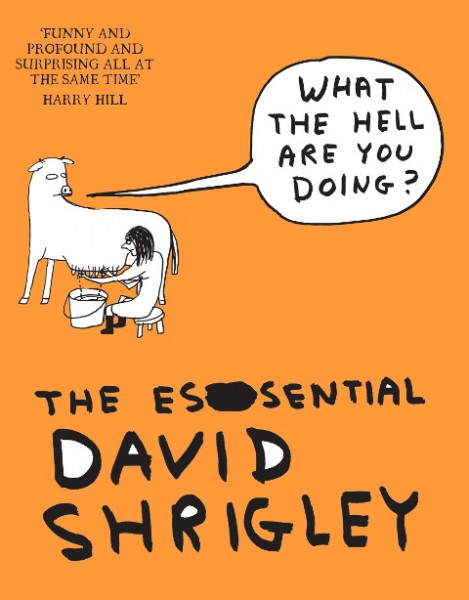 What The Hell Are You Doing?: The Essential David Shrigley

What The Hell Are You Doing?: The Essential David Shrigley

David Shrigley was born in Macclesfield in 1968 and studied at Glasgow School of Art. He has worked as a sculptor, photographer and 'environment artist' and, most famously, as a cartoonist and illustrator. He was nominated for the Turner Prize in 2013 and his work has been exhibited at the Tate Modern in London, at the MoMA in New York, and in Paris, Berlin, Melbourne and beyond. He has published over twenty books, and has animated a music video for Blur and produced another for Bonny Prince Billy. His work has also been profiled in a documentary for Channel 4 and he was invited to hold a major, four-month retrospective at the Hayward Gallery in London. He lives and works in Glasgow. von Shrigley, David