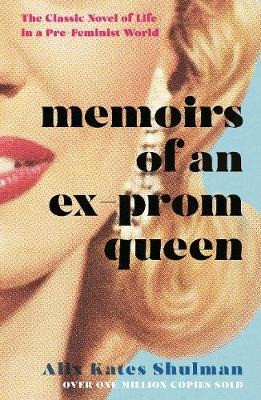 Memoirs of an Ex-Prom Queen

Memoirs of an Ex-Prom Queen

OVER A MILLION COPIES SOLDThe cult classic that defined a generation - first UK publication in 47 years'An extraordinary novel ... women will like it and men should read it for the good of their immortal souls' Los Angeles TimesSasha Davis has everything a girl in 1950s suburbia could want: beauty, intelligence and an all-star sports captain boyfriend. All she needs to succeed is to keep her skin clear and her intelligence hidden under her Prom Queen tiara. But when she drops out of college to marry, Sasha soon realises her life has become a fearful countdown to her thirtieth birthday - the year when her beauty will have faded, and life as she knows it will end. As Sasha rebels against her fate, she finds herself experiencing an intellectual and sexual awakening that might be her only chance of outrunning the aging process.First published in 1972, Alix Kates Shulman's landmark novel follows Sasha's coming of age through the sexual double standards, job discrimination and harassment of the 1950s and 60s. Five decades later, it remains a funny and heartbreaking story of a young woman in a man's world. von Shulman, Alix Kates