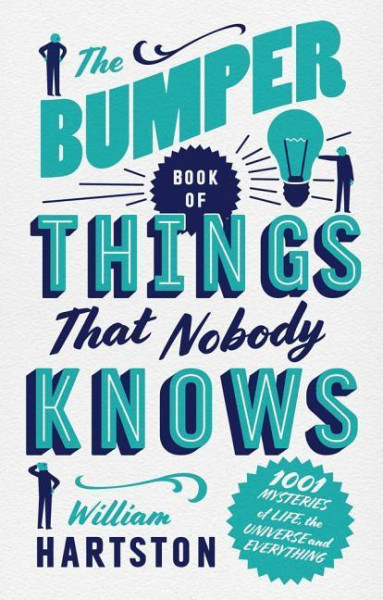 The Bumper Book of Things That Nobody Knows

The Bumper Book of Things That Nobody Knows
1001 Mysteries of Life, the Universe and Everything

William Hartston is a Cambridge-educated mathematician and industrial psychologist. Between 1962 and 1987 he played chess competitively, becoming an international master and winning the English chess championship in 1973 and 1975. He runs competitions in creative thinking for the Independent newspaper and the Mind Sports Olympiad, writes the off-beat Beachcomber column for the Daily Express and is the author of a number of books on chess, mathematics, humour and trivia. Hartston is also one of the viewers on Channel 4's Gogglebox. von Hartston, William (Author)