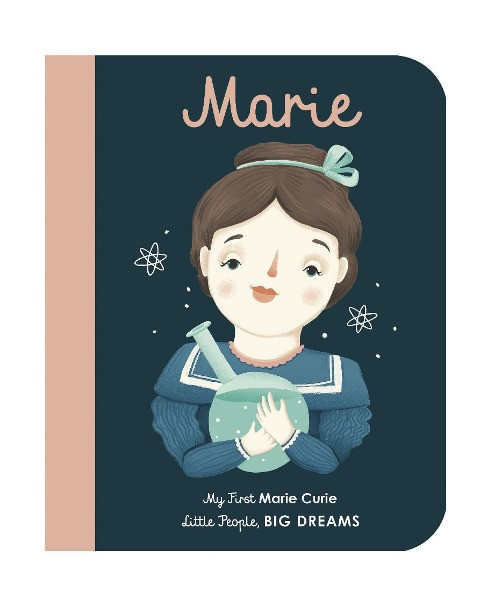 When Marie was young, she was unable to go to college because she was a woman. But when she was older, her scientific work was respected around the world. Her discoveries of radium and polonium dramatically helped in the fight against cancer, and she went on to win the Nobel Prize for Physics! von Sanchez Vegara, Maria Isabel und Frau Isa

Maria Isabel Sánchez Vegara, born in Barcelona, Spain, is a writer and creative director in constant search of new concepts for children's books and the author of the multimillion-copy bestselling Little People, BIG DREAMS series of picture books that explore the lives of outstanding people. Working for more than fifteen years for clients in top advertising agencies, her books combine creativity with learning, aiming to establish a new and fresh relationship between children and pop culture. ​FRAU ISA is an artist and illustrator who lives in Vienna, Austria. She paints with acrylics on canvas as well as using digital media. She runs a small graphic design company with her husband, Oliver. www.waldundschwert.com