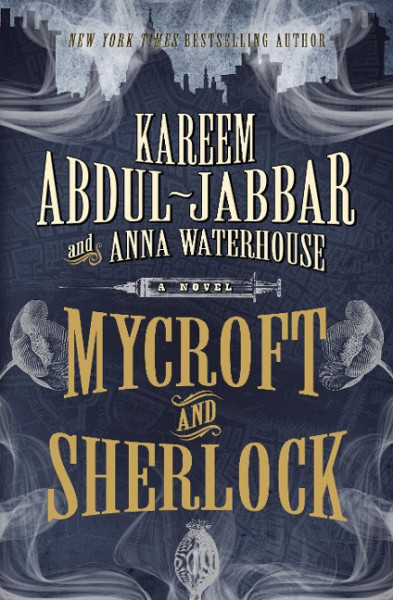 The new novel by NBA All-Star Kareem Abdul-Jabbar, starring brothers Mycroft and Sherlock Holmes.The young Mycroft Holmes is now a force to be reckoned with at the War Office, although his brother Sherlock continues to be a source of vexation. When a young boy dies of a suspected overdose at an orphanage, the two brothers - along with Mycroft's closest friend Cyrus Douglas - are drawn into an investigation that will reveal nefarious dealings at the heights of the British establishment. von Abdul-Jabbar, Kareem und Waterhouse, Anna

Kareem Abdul-Jabbar is a huge Holmesian--7'2", NBA's all-time leading scorer, six-time MVP, Basketball Hall of Fame inductee, and recipient of the Presidential Medal of Freedom as well as a New York Times bestselling author, and a regular contributor to the Guardian and the Hollywood Reporter. He has written fifteen books, including children's stories, three autobiographies, several historical works, and essays. His recent titles are Becoming Kareem (2017) and Coach Wooden and Me: Our 50-Year Friendship On and Off the Court (2016). His first novel, Mycroft Holmes starring Sherlock Holmes's less well known but more talented older brother, was published in 2015 (Titan Books). Anna Waterhouse is a professional screenwriter and script consultant. She was supervising producer and co-writer (with Kareem Abdul-Jabbar) of the critically acclaimed On the Shoulders of Giants (Netflix and Showtime), which won Best Documentary NAACP Image Award and two Telly awards. She has written several how-to screenwriting seminars for Writer's Digest and has taught screenwriting at both Chapman University in Orange, CA, and at the University of Southern California .