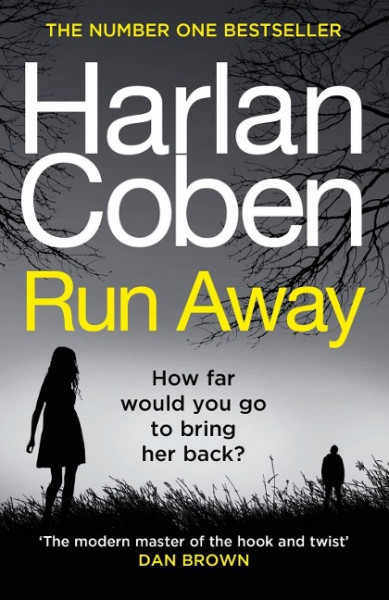 The brilliant new thriller from the international bestselling author described by Dan Brown as 'the modern master of the hook and twist'. *** You've lost your daughter. She's addicted to drugs and to an abusive boyfriend. And she's made it clear that she doesn't want to be found. Then, quite by chance, you see her busking in New York's Central Park. But she's not the girl you remember. This woman is wasted, frightened and clearly in trouble. You don't stop to think. You approach her, beg her to come home. She runs. And you follow her into a dark and dangerous world you never knew existed. Where criminal gangs rule, where drugs are the main currency, and murder is commonplace. Now it's your life on the line. And nowhere and no one is safe. von Coben, Harlan

With more than seventy million books in print worldwide, Harlan Coben is the worldwide number 1 bestselling author of numerous thrillers, including Don't Let Go, Home, and Fool Me Once, as well as the multi-award-winning Myron Bolitar series. His books are published in forty-three languages around the globe and are bestsellers in more than a dozen countries. Coben is also the creator and executive producer of many television shows, including the Netflix Original dramas Stay Close and Harlan Coben's The Stranger starring Richard Armitage, Stephen Rea and Jennifer Saunders and the critically acclaimed Netflix Original drama Harlan Coben's Safe starring Michael C. Hall. Coben is currently developing 14 projects, including Run Away, with Netflix in the US and internationally. He lives in New Jersey.