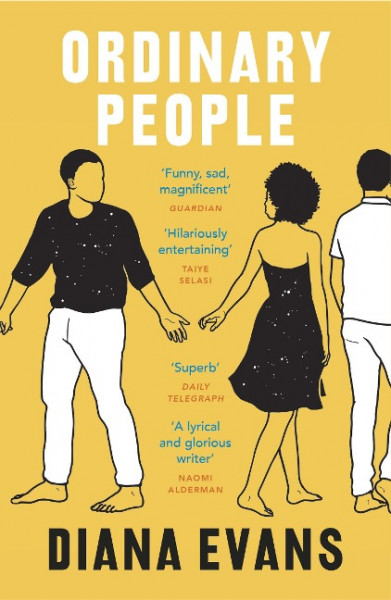 Diana Evans is a British author of Nigerian and English descent. Her bestselling novel, 26a, won the inaugural Orange Award for New Writers and the British Book Awards deciBel Writer of the Year prize. It was also shortlisted for the Whitbread First Novel, the Guardian First Book, the Commonwealth Best First Book and the Times/Southbank Show Breakthrough awards, and longlisted for the International IMPAC Dublin Literary Award. Her second novel, The Wonder, is currently under option for TV dramatisation. She is a former dancer, and as a journalist and critic has contributed to among others Marie Claire, the Independent, the Guardian, the Observer, The Times, the Telegraph, Financial Times and Harper¿s Bazaar. Ordinary People is her third novel, and received an Arts Council England Grants for the Arts Award. She lives in London.@DianaEvansOP www.diana-evans.com von Evans, Diana

Diana Evans is the author of the novels 26a, The Wonder and Ordinary People. She has received nominations for the Whitbread First Novel, the Guardian First Book and the Commonwealth Best First Book awards and was the inaugural winner of the Orange Award for New Writers. Ordinary People won the 2019 South Bank Sky Arts Award for Literature and was shortlisted for the Women's Prize for Fiction, the Rathbones Folio Prize and the Orwell Prize for Political Fiction, and also received a nomination for the Andrew Carnegie Medals for Excellence in Fiction. Her journalism appears in Time magazine, the Guardian, Vogue and the Financial Times. She lives in London. www.diana-evans.com