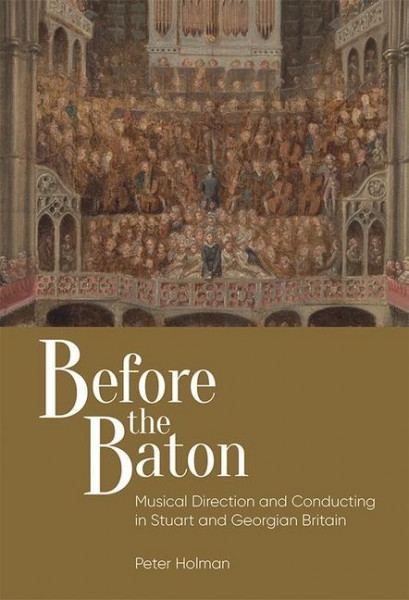 This book investigates the ways large-scale music was directed or conducted in Britain before baton conducting took hold in the 1830s. After surveying practice in Italy, Germany and France from Antiquity to the eighteenth century,the focus is on direction in two strands of music making in Stuart and Georgian Britain: choral music from Restoration cathedrals to the oratorio tradition deriving from Handel, and music in the theatre from the Jacobean masque to nineteenth-century opera, ending with an account of how modern baton conducting spread in the 1830s from the pit of the Haymarket Theatre to the Philharmonic Society and to large-scale choral music. Part social and musical history based on new research into surviving performing material, documentary sources and visual evidence, and part polemic intended to question the use of modern baton conducting in pre-nineteenth-century music, Before the Baton/I throws new light on many hitherto dark areas, though the heart of the book is an extended discussion of the evidence relating to Handel's operas, oratorios and choral music. Contrary to near-universal modern practice, he mostlypreferred to play rather than beat time. PETER HOLMAN is Emeritus Professor of Historical Musicology at Leeds University. When not occupied with writing and research, he organises performances of seventeenth- and eighteenth-century music, mostly directing them from the keyboard. He is director of The Parley of Instruments, Leeds Baroque, the Suffolk Villages Festival and the annual Baroque Summer School run by Cambridge Early Music. von Holman, Peter