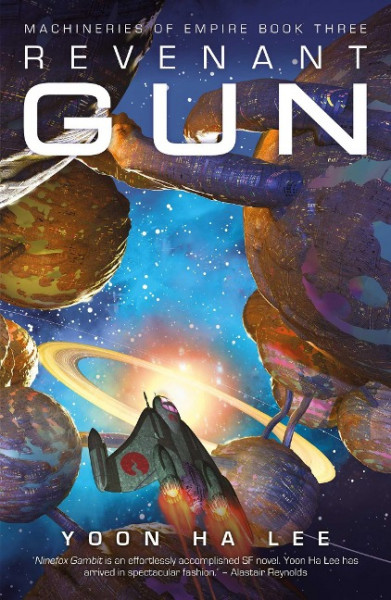 The most exciting science fiction trilogy of the decade reaches its astonishing conclusion! When Shuos Jedao wakes up for the first time, several things go wrong. His few memories tell him that he's a seventeen-year-old cadet--but his body belongs to a man decades older. Hexarch Nirai Kujen orders Jedao to reconquer the fractured hexarchate on his behalf even though Jedao has no memory of ever being a soldier, let alone a general. Surely a knack for video games doesn't qualify you to take charge of an army? Soon Jedao learns the situation is even worse. The Kel soldiers under his command may be compelled to obey him, but they hate him thanks to a massacre he can't remember committing. Kujen's friendliness can't hide the fact that he's a tyrant. And what's worse, Jedao and Kujen are being hunted by an enemy who knows more about Jedao and his crimes than he does himself... * From Nebula, Hugo and Clarke award nominated author Yoon Ha Lee! * Previous books in the series have been received with outstanding critical reception. This is the highly anticipated concluding volume!

Yoon Ha Lee's novel Ninefox Gambit came out from Solaris in 2016 and quickly garnered massive critical acclaim and was short-listed for the Arthur C. Clarke, Hugo and Nebula Awards. It won the Best First Novel Award in the Locus Awards and the Reddit Fant