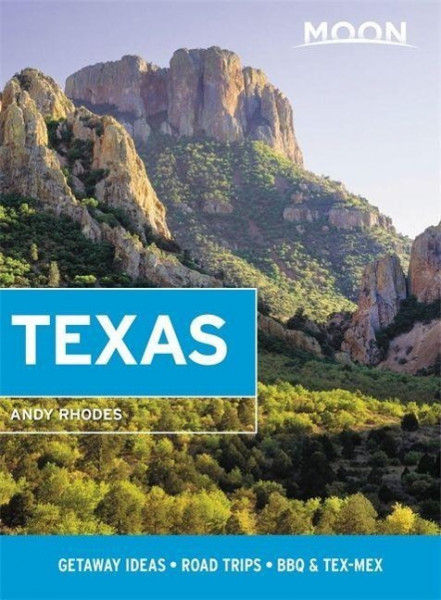 Andy Rhodes has been living and traveling in Texas since 1994. He calls Austin home, but regularly explores the Texas Hill Country, East Texas pine forests, and Gulf Coast beaches. His favorite destination is the Big Bend region of far West Texas, where the enormous sky and rugged mountains beckon with solace, serenity, and low humidity.Since 2002, Andy has served as editor of the Texas Historical Commission's magazine, The Medallion, offering him an opportunity to experience the Lone Star State's compelling heritage in colossal cities and tiny towns.Andy is also the author of Moon Houston & the Texas Gulf Coast. His freelance articles have been published in Home & Away, American Cowboy, and Austin Monthly magazines. He has also served as a travel expert for The Guardian. In 2009, Andy was named a featured author at the prestigious Texas Book Festival.Andy earned a journalism degree from Miami University in 1993. He lives in Austin with his wife, Paula, and sons, Max and Daniel.