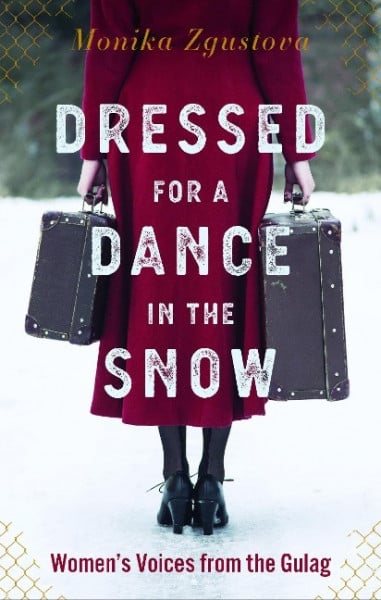 Dressed for a Dance in the Snow

A poignant and unexpectedly inspirational account of women's suffering and resilience in Stalin's forced labor camps, diligently transcribed in the kitchens and living rooms of nine survivors.The pain inflicted by the gulags has cast a long and dark shadow over Soviet-era history. Zgustová's collection of interviews with former female prisoners not only chronicles the hardships of the camps, but also serves as testament to the power of beauty in face of adversity. Where one would expect to find stories of hopelessness and despair, Zgustová has unearthed tales of the love, art, and friendship that persisted in times of tragedy. Across the Soviet Union, prisoners are said to have composed and memorized thousands of verses. Galya Sanova, born in a Siberian gulag, remembers reading from a hand-stitched copy of Little Red Riding Hood. Irina Emelyanova passed poems to the male prisoner she had grown to love. In this way, the arts lent an air of humanity to the women's brutal realities.These stories, collected in the vein of Svetlana Alexievich's Nobel Prize-winning oral histories, turn one of the darkest periods of the Soviet era into a song of human perseverance, in a way that reads as an intimate family history. von Zgustova, Monika und Jones, Julie

Monika Zgustova is an award-winning author whose works have been published in ten languages. She was born in Prague and studied comparative literature in the United States (University of Illinois and University of Chicago). She then moved to Barcelona, where she writes for El País, The Nation, and CounterPunch, among others. As a translator of Czech and Russian literature into Spanish and Catalan-including the writing of Havel, Kundera, Hrabal, Hašek, Dostoyevsky, Akhmatova, Tsvetaeva, and Babel-Zgustova is credited with bringing major twentieth-century writers to Spain.Julie Jones is Professor Emeritus of Spanish at the University of New Orleans. She has published widely on the Latin American writers of the "Boom," with a focus on Luis Buñuel's work, in numerous articles for journals such as Cineaste and Cinema Journal.