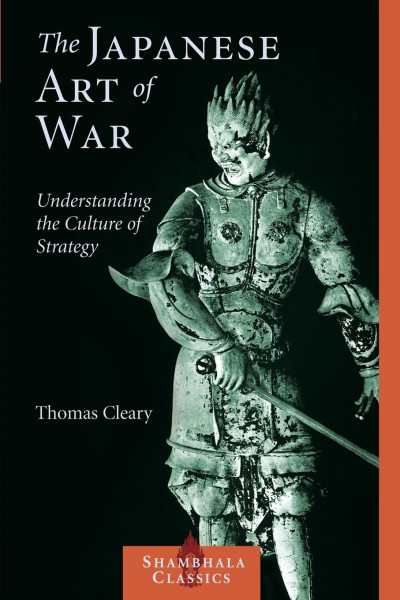 The Japanese Art of War: Understanding the Culture of Strategy

The Japanese Art of War: Understanding the Culture of Strategy

Military rule and the martial tradition of the samurai dominated Japanese culture for more than eight hundred years. According to Thomas Cleary-translator of more than thirty-five classics of Asian philosophy-the Japanese people have been so steeped in the way of the warrior that some of the manners and mentality of this outlook remain embedded in their individual and collective consciousness. Cleary shows how well-known attributes such as the reserve and mystery of formal Japanese behavior are deeply rooted in the ancient strategies of the traditional arts of war. Citing original Japanese sources that are popular among Japanese readers today, he reveals the hidden forces behind Japanese attitudes and conduct in political, business, social, and personal life. von Cleary, Thomas

Thomas Cleary holds a PhD in East Asian Languages and Civilizations from Harvard University and a JD from the University of California, Berkeley, Boalt Hall School of Law. He is the translator of over fifty volumes of Buddhist, Taoist, Confucian, and Islamic texts from Sanskrit, Chinese, Japanese, Pali, and Arabic.He currently lives in Oakland, California.