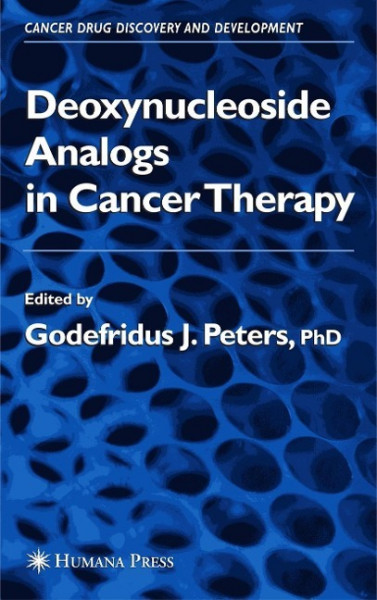 Successful cancer chemotherapy relies heavily on the application of various deoxynucleoside analogs. Since the very beginning of modern cancer chemotherapy, a number of antimetabolites have been introduced into the clinic and subsequently applied widely for the treatment of many malignancies, both solid tumors and hematological disorders. In the latter diseases, cytarabine has been the mainstay of treatment of acute myeloid leukemia. Although many novel compounds were synthesized in the 1980s and 1990s, no real improvement was made. However, novel technology is now capable of elucidating the molecular basis of several inborn errors as well as some specific malignancies. This has enabled the synthesis of several deoxynucleoside analogs that could be applied for specific malignancies, such as pentostatin and subsequently chlorodeoxyadenosine (cladribine) for the treatment of hairy cell leukemia. Already in the early stage of deoxynucleoside analog development, it was recognized that several of these compounds were very effective in the treatment of various viral infections, such as for the treatment of herpes infections. This formed the basis initially for the design of azidothymidine and subsequently many other analogs, which are currently successfully used for the treatment of HIV infections. As a spin-off of these research lines, some compounds not eligible for development as antiviral agents appeared to be very potent anticancer agents. The classical example is gemcitabine, now one of the most widely applied deoxynucleoside analogs, used for the (combination) treatment of non-small cell lung cancer, pancreatic cancer, bladder cancer, and ovarian cancer. von Peters, Godefridus J.