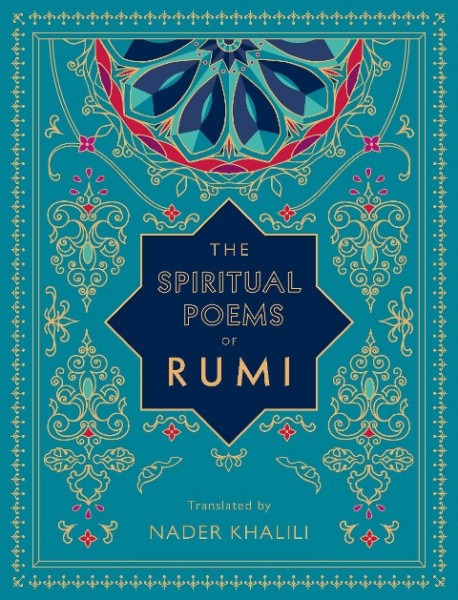 The Spiritual Poems of Rumi

The Spiritual Poems of Rumi
Translated by Nader Khalili

The Spiritual Poems of Rumi is a beautiful and elegantly illustrated gift book of Rumi's spiritual poems translated by Nader Khalili, geared for readers searching for a stronger spiritual core. von Khalili, Nader

Translator Nader Khalili (1936­­-2008) was a world-renowned Iranian-American architect, author, humanitarian, and teacher. Khalili was also the founder and director of the California Institute of Earth Art and Architecture (Cal-Earth). Khalili was raised by the poetry of Rumi. As a child, his grandmother would recite Rumi's poetry to lull him to sleep. He later developed a passion for studying and translating Rumi's works. Rumi's poetry also became an intrinsic part of Khalili's architectural career. Inspired by the mystical poetry of Rumi, his architecture was distilled from the timeless principles of this universe and its timeless materials-the elements of earth, air, water, and fire.