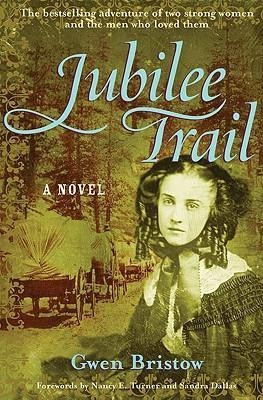 The history of California in the mid-19th century comes alive in this captivating historical novel. Garnet Cameron, a fashionable young lady of New York, is leading a neat, proper life, full of elegant parties and polite young men, yet the prospect of actually marrying any of them appalls her. Yearning for adventure, she instead marries Oliver Hale, a wild trader who is about to cross the mountains and deserts to an unheard-of land called California. During Garnet and Oliver's honeymoon in New Orleans, she meets a dance-hall performer on the lam who calls herself Florinda Grove and is also traveling to California. Along the Jubilee Trail, Garnet and Florinda meet kinds of men never known to them before, and together they make their painstaking way over the harsh trail to Los Angeles, learning how to live without compromise and discover both true friendship and true love.