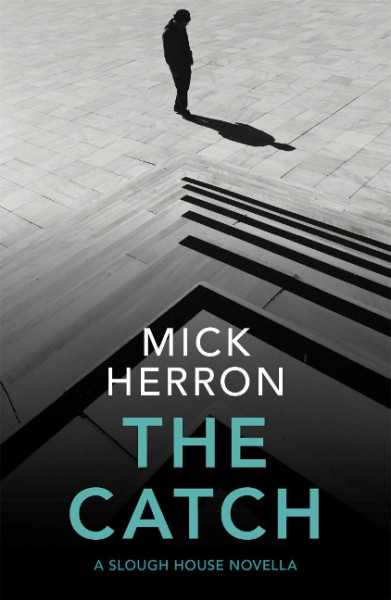 The Catch
A Slough House Novella 2

'This tightly plotted tragicomedy will provide a welcome fix for addicts awaiting Herron's seventh Jackson Lamb novel' The Times'Packed with Herron's trademark witty one-liners and sardonic humour . . . it's clear why Herron is a force to be reckoned with and the best thriller writer in Britain today' Daily Express'A slim serio-comic offering . . . It plays out typically cleverly' Sunday TimesIf life in the Intelligence Service has taught John Bachelor anything, it's to keep his head down. Especially now, when he's living rent-free in a dead spook's flat. So he's not delighted to be woken at dawn by a pair of Regent's Park's heavies, looking for a client he's not seen in years. John doesn't know what secrets Benny Manors has stolen, but they're attracting the wrong attention. And if he's to save his own skin, not to mention safeguard his living arrangements, John has to find Benny before those secrets see the light.Benny could be anywhere, provided it serves alcohol. So John sets out on a reluctant trawl through the bars of the capital, all the while plagued by the age-old questions: Will he end up sleeping in his car? How many bottles of gin can he afford at London prices?And just how far will Regent's Park go to prevent anyone rocking the Establishment's boat? von Herron, Mick

Mick Herron is the Sunday Times bestselling author of the Slough House thrillers, which have won two CWA Daggers, been published in 20 languages, and are the basis of a major TV series starring Gary Oldman as Jackson Lamb. He is also the author of the Zoë Boehm series, and the standalone novels Reconstruction and This is What Happened. Mick was born in Newcastle upon Tyne, and now lives in Oxford.