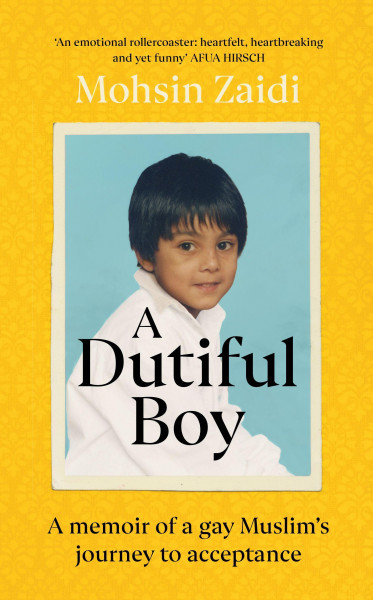 'A beautifully written, heartrending story of a young gay man's journey, liberation and love. A real page-turner that sparks with humanity and hope'Lord Michael CashmanA coming of age memoir about growing up queer in a strict Muslim household.Mohsin grew up in a poor pocket of east London, in a devout shia Muslim community. His family were close-knit and religiously conservative. From a young age, Mohsin felt different but in a home where being gay was inconceivable he also felt very alone.Outside of home Mohsin went to a failing inner city school where gang violence was a fact of life. As he grew up life didn't seem to offer teenage Mohsin any choices: he was disenfranchised from opportunity and isolated from his family as a closet gay Muslim.But Mohsin had incredible drive and became the first person from his school to go to Oxford University. At university came the newfound freedom to become the man his parents never wanted him to be. But when he was confronted by his father and a witch doctor invited to 'cure' him Mohsin had to make a difficult choice.Mohsin's story takes harrowing turns but it is full of life and humour, and, ultimately, it is an inspiring story about breaking through life's barriers.Praise for A Dutiful Boy'A Dutiful Boy delivers an intimate account of the anguish of one man's gay, Muslim, coming-of-age story, and reveals something important about us all in the process'Afua Hirsch'The moving personal story of a gay Muslim's tribulations and triumphs at the interface of family, faith and freedom, told with great candour and eloquence'Peter Tatchell'I can't recommend A Dutiful Boy enough, I couldn't put it down. A journey of self discovery, longing, triumph and hope. I fell in love with Mohsin, I imagine you will too'Suzi Ruffell von Zaidi, Mohsin

Mohsin Zaidi is a criminal barrister at one of the top chambers in the country and represents clients in a number of high-profile cases. He has previously worked at a UN war crimes tribunal in The Hague and at the UK's Supreme Court. Mohsin is an advocate for LGBT rights, BAME representation and social mobility. He is on the board of Stonewall, the UK's biggest LGBT rights charity and is a governor of his former secondary school. Mohsin appears as a commentator on Sky News and has previously written for CNN Style, Bustle, Mr Porter and Newsweek. The Financial Times listed him as a top future LGBT leader, The Lawyer Magazine included him on their Hot 100 list, and Attitude magazine has named him a trailblazer changing the world today.