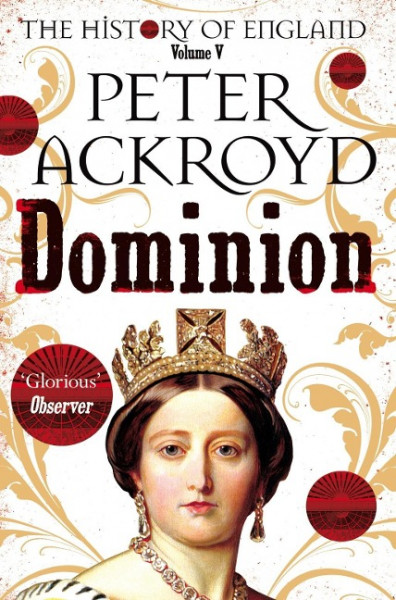 The penultimate volume of Peter Ackroyd's masterful History of England series Dominion takes us from the dying days of the Regency and the accession of Queen Victoria in 1837 to her death in 1901, recounting an era of remarkable change: huge technological innovation; the emergence of the middle classes; the spread of industrialization with all the inequalities that followed in its wake; and the flowering of great literature - the Brontë sisters, George Eliot, Thackeray and, of course, Dickens.But Victorian expansionism was not confined to Britain alone. By the end of Victoria's reign, the queen was also an empress and the British Empire dominated much of the globe. And, as Ackroyd shows in this richly populated, vividly told work of history, Britannia really did seem to rule the waves.'A masterful assessment of a period that saw change in every area of life' History Revealed 'It is Ackroyd's depiction of an anxious society in the grip of rapid change - industrialization, fast urbanization, the impact of the railway and the electric telegraph - that is the most riveting . . . fascinating' The Times

Peter Ackroyd is an award-winning novelist, as well as a broadcaster, biographer, poet and historian. He is the author of the acclaimed non-fiction bestsellers Thames: Sacred River and London: The Biography and The History of England series. He holds a CB