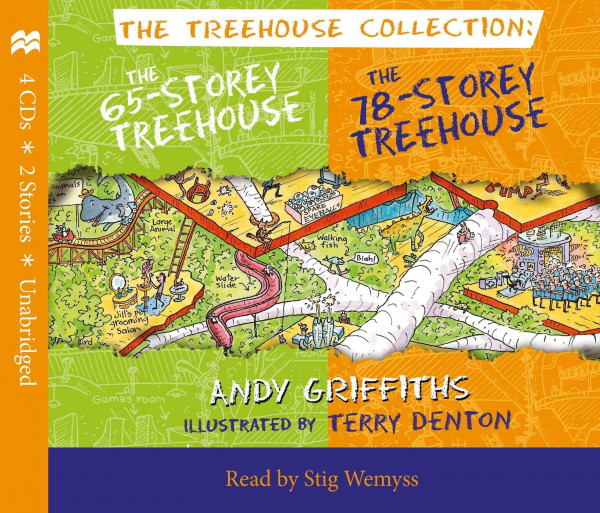 Andy Griffiths is Terry's best mate. He is also Australia's number one children's author! His books, including the popular Treehouse books, have been hugely successful internationally, winning awards and becoming bestsellers in the UK and the USA as well as in his homeland, Australia. The fourth Treehouse book, The 52-Storey Treehouse, won the Australian Book Industry Awards Book of the Year prize, the first children's book to ever do so. Andy thrives on having an audience: he has worked as a high school teacher, been the lead singer in a rock band and a stand-up comedian. He is a passionate advocate for literacy, has two daughters and lives in Melbourne, Australia.Terry Denton is Andy's best mate. He is also a bestselling and award-winning writer and illustrator based in Melbourne, Australia. Among other things, he worked on the Horrible Science series for Scholastic UK. He lives by the beach with his wife and three kids.Stigg Wemyss is Australia's most loved narrator of audio books for children and young adults. Perhaps you've listened to one of the many books he has narrated. Or perhaps you've listened to all of them! He is also a trained actor and CEO of a video production company that makes commercials and short films.