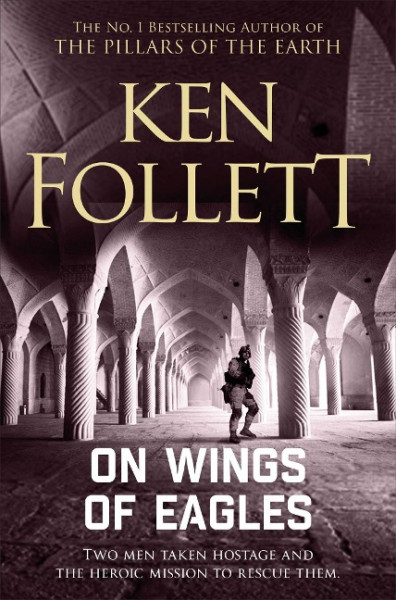 On Wings of Eagles

On Wings of Eagles

When Ross Perot, millionaire head of the Dallas-based company EDS, discovered that two of his key men had been jailed in Iran, he turned to the one person who could help. Colonel 'Bull' Simons, famed World War II and Vietnam commando, agreed to do what the US government would not - go in and get the men out. On Wings of Eagles is the gripping account of an incredible real-life rescue carried out by a Green Beret colonel and a group of corporate executives who were hastily trained to form a fighting team. The story involves a secret penetration of a highly dangerous territory, a dramatic jailbreak, and a harrowing overland escape to the Turkish border - made all the more extraordinary by the fact that it is true. www.ken-follett.com [Facebook] kenfollettauthor [Twitter] @KMFollett von Follett, Ken

The international number one bestseller Ken Follett has published over thirty books in a career spanning more than forty years. Ken was just twenty-seven when he wrote the award-winning thriller Eye of the Needle, which became an international success, but he surprised everyone in 1989 with The Pillars of the Earth. This story about the building of a cathedral in the Middle Ages continues to captivate millions of readers all over the world, and was voted into the top 100 of Britain's best-loved books in the BBC's The Big Read. Married to Barbara Follett, the former Labour Member of Parliament for Stevenage, Ken and his family live in a rambling rectory in Hertfordshire and also spend time in London and Antigua. An ardent admirer of the theatre, Ken is often seen at productions of Shakespeare's plays when not indulging his passions for writing and playing bass guitar.