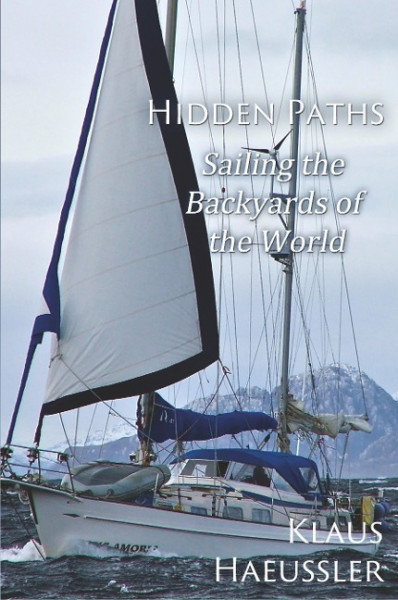 Hidden Paths: Sailing the Backyards of the World

Hidden Paths: Sailing the Backyards of the World

After finishing a circumnavigation over five years, Klaus and Maria Haeussler reentered the civil life with its struggle and routine. But they had underestimated the sustainable impact of the free life. And so it wasn't a surprise that they were on the way again after two years on land - this time without a solid schedule. They gave up their civil existence with all consequences. Over the course of 13 years from 1998 to 2011, they left 70,000 nautical miles in their wake and sailed in extreme regions from the Northern Atlantic to Cape Horn. During a one and a half times circumnavigation of the Pacific Ocean they came into contact with the different cultures of Patagonia (with an excursion to Antarctica), Polynesia, New Zealand and Australia, Micronesia, Japan, the Aleutians, Alaska and Hawaii. With a great love for detail, Klaus Haeussler portrays this adventure filled period of their lives. In 2010, in Cuxhaven, Germany, Klaus and Maria were awarded with the coveted Trans-Ocean Preis for this outstanding voyage. Keywords: Transcontinental, Sailing, World, Circumnavigating, Circumnavigation, Haeussler, Adventure, Trans Ocean, Voyage, Voyage, Journey, von Haeussler, Klaus