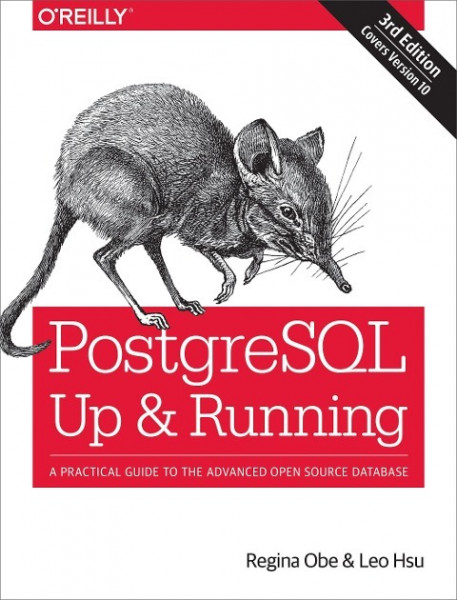 PostgreSQL: Up and Running

PostgreSQL: Up and Running
A Practical Guide to the Advanced Open Source Database

Thinking of migrating to PostgreSQL? This clear, fast-paced introduction helps you understand and use this open source database system. Not only will you learn about the enterprise class features in versions 9.5 to 10, you'll also discover that PostgeSQL is more than a database system—it's an impressive application platform as well.With examples throughout, this book shows you how to achieve tasks that are difficult or impossible in other databases. This third edition covers new features, such as ANSI-SQL constructs found only in proprietary databases until now: foreign data wrapper (FDW) enhancements; new full text functions and operator syntax introduced in version 9.6; XML constructs new in version 10; query parallelization features introduced in 9.6 and enhanced in 10; built-in logical replication introduced in Version 10.e.If you're a current PostgreSQL user, you'll pick up gems you may have missed before.Learn basic administration tasks such as role management, database creation, backup, and restoreApply the psql command-line utility and the pgAdmin graphical administration toolExplore PostgreSQL tables, constraints, and indexesLearn powerful SQL constructs not generally found in other databasesUse several different languages to write database functionsTune your queries to run as fast as your hardware will allowQuery external and variegated data sources with foreign data wrappersLearn how to use built-in replication to replicate data von Obe, Regina und Hsu, Leo