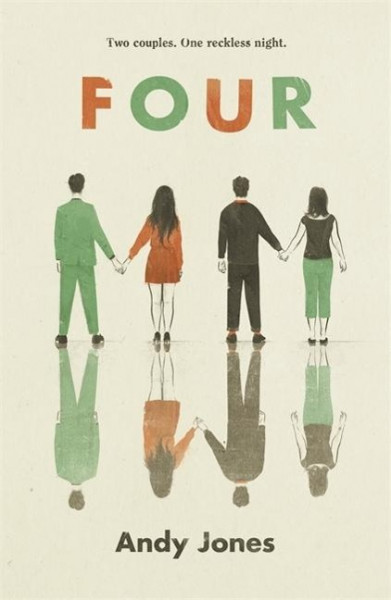 One weekend towards the end of summer, charged on drink and lust and love and disappointment, two couples exchange partners for a single night. But the repercussions will last a great deal longer. Told from the perspectives of all four characters, FOUR is a book about love, secrets, friendship and fidelity. A story full of dilemmas, deceits and twists that will keep you guessing until the final page.**************Praise for Andy Jones'Touching, funny, and real' - Jane Costello on THE TWO OF US'I'm always wary about comparing books but, just this once, I'm going to make an exception because for me this is one of those few novels that deserves to be mentioned in the same breath as ONE DAY. It has everything you could want from a romcom and then some' - The Sun on THE TROUBLE WITH HENRY AND ZOE von Jones, Andy

In one form or another, Andy has always been a writer. At school, he passed notes in class and scribbled rude words on lampposts. At University, he wrote a PhD in biochemistry and forged tickets to various balls. And as an advertising copywriter, has written commercials for everything from baby food to booze. But it wasn't until he was well into his thirties that Andy stared writing fiction. If he could write a letter his younger self, it would urge him to stop messing about and get on with it. FOUR is his fourth novel, but should probably be his tenth. Find Andy on Twitter and Instagram @andyjonesauthor, and Facebook /andyjonesauthor.