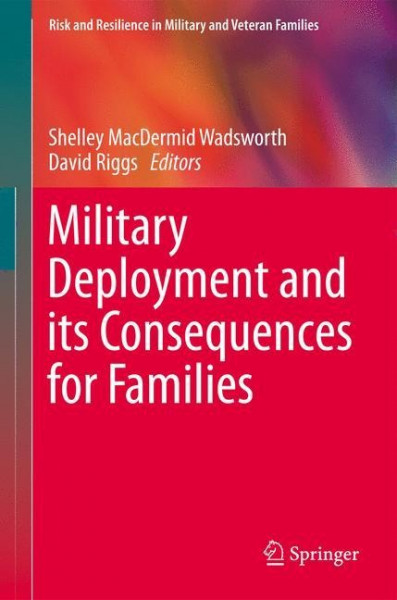 Military Deployment and its Consequences for Families

Military Deployment and its Consequences for Families

War-related separations challenge families in many ways. The worry and uncertainty associated with combat deployments provokes anxiety in family members left at home. Lengthy separations may challenge the personal, social, and economic coping resources of families at home. In this war, thanks to medical advances, many service members who previously would have died of their injuries are returning home to live long, although altered lives. As a result, families are facing the additional challenge of assisting service members who have experienced amputation, traumatic brain injury, and psychological wounds. These challenges are faced not only by service members in the active component of the armed forces, but also by service members in the National Guard and Reserves. In response, the Department of Defense has launched unprecedented efforts to support service members and families before, during and after deployment in all locations of the country as well as in remote locations. These support efforts are focused not only on medical care, but also mental health care and logistical support. Research about families and war tends to move forward in fits and starts associated with major conflicts, and there is currently an increasing flow of family research moving into the scientific domain. Military Families and the Aftermath of Deployment focuses heavily on the aftermath of deployment for families. It is the first compilation of such chapters released in relation to the wars in Iraq and Afghanistan, and includes contributions from leading researchers from diverse disciplines and arenas, including universities, the Veterans Administration, and the Department of Defense, as well as international researchers from Canada, and Croatia, among others. This work will be of use to graduate students and researchers in family studies, social work, counseling, military science, psychology and sociology. von Riggs, David S. und Macdermid Wadsworth, Shelley

Shelley M. MacDermid Wadsworth is director of the Military Family Research Institute and the Center for Families and professor of Human Development and Family Studies at Purdue University. Her research focuses on relationships between job conditions and family life, with a special focus on military families and organizational policies, programs and practices. Her research has been widely published, and has been funded by the Alfred P. Sloan Foundation, the Henry A. Murray Center, the Department of Defense, the National Institute of Food and Agriculture, the state of Indiana, the Lilly Endowment, and others. She serves on the editorial boards of several major family research journals, and is a fellow of the National Council on Family Relations, and a recipient of the Work Life Legacy Award from the Families and Work Institute. She serves on the Returning Veterans Committee of the Institute of Medicine. David Riggs is a clinical psychologist and research associate professor at the Uniformed Services University of the Health Sciences. Much of his work has focused on trauma, violence and anxiety, particularly the impact of post-traumatic stress disorder and other anxiety disorders on the families of those directly affected. He has trained numerous student and mental health professionals, published more than 60 articles and book chapters, and presented more than 200 papers and workshops. He earned his bachelor's degree from the University of Kansas and his doctorate from the State University of New York at Stony Brook, and completed a clinical psychology internship at the Medical University of South Carolina. Previous positions include clinical research and academic appointments at the Center for the Treatment and Study of Anxiety, the National Center for PTSD, the Medical College of Pennsylvania, Tufts University, Boston University and the University of Pennsylvania.