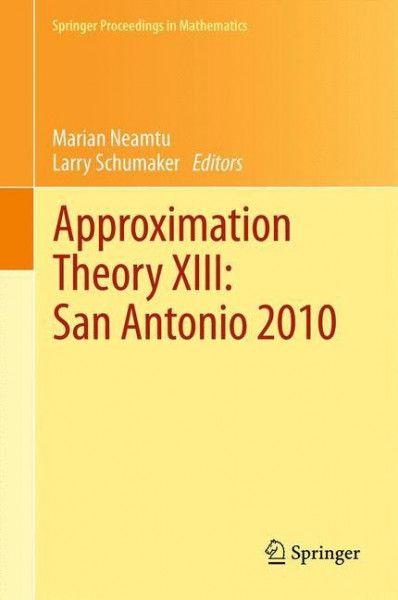 These proceedings were prepared in connection with the international conference Approximation Theory XIII, which was held March 7-10, 2010 in San Antonio, Texas. The conference was the thirteenth in a series of meetings in Approximation Theory held at various locations in the United States, and was attended by 144 participants. Previous conferences in the series were held in Austin, Texas (1973, 1976, 1980, 1992), College Station, Texas (1983, 1986, 1989, 1995), Nashville, Tennessee (1998), St. Louis, Missouri (2001), Gatlinburg, Tennessee (2004), and San Antonio, Texas (2007).Along with the many plenary speakers, the contributors to this proceedings provided inspiring talks and set a high standard of exposition in their descriptions of new directions for research.  Many relevant topics in approximation theory are included in this book, such as abstract approximation, approximation with constraints, interpolation and smoothing, wavelets and frames, shearlets, orthogonal polynomials, univariate and multivariate splines, and complex approximation. von Neamtu, Marian und Schumaker, Larry