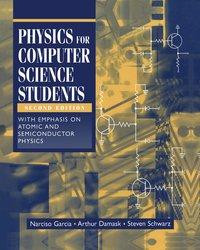 Not only computer scientists, but also electrical engineers, and others interested in electronics are targeted here, and thus the presentation is directed toward understanding how a computer works, while still providing a broad and effective one-year introduction to classical and modern physics. The first half of the book covers many of the topics found in a standard introductory physics course, but with the selection tailored for use in the second half. This second part then covers the fundamentals of quantum mechanics, multi-electron systems, crystal structure, semiconductor devices, and logic circuits. All the mathematical complexities treated are alleviated by intuitive physical arguments, and students are encouraged to use their own programming to solve problems. The only prerequisite is some knowledge of calculus, and the second part can serve by itself as an introduction to the physics of electronics for students who have had a standard two-semester introductory physics course. In this second edition, much of the material on electronic devices has been brought up to date, and there is a new chapter on integrated circuits and heterostructures. von Garcia, Narciso