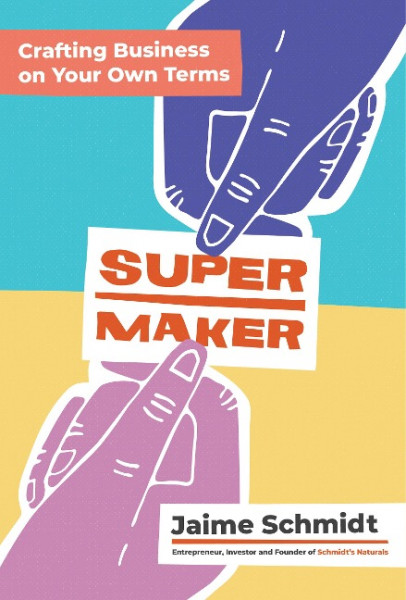 Jaime Schmidt is the quintessential maker-made-good. As the founder and former CEO of Schmidt's, Jaime led the brand to sales in over 30 countries and onto the shelves of Target, Costco, CVS, Walmart, and Whole Foods. The brand was acquired by Unilever in 2017, with Jaime continuing to support their global expansion and partnerships with the likes of Jane Goodall and Justin Bieber. After selling Schmidt's, Jaime established new companies designed to support emerging entrepreneurs in achieving their own dreams. Alongside her husband Chris Cantino, she is co-founder of Supermaker, a media platform featuring diverse, independent brands and modern workplace values. They are also the founders of Color, an investment fund that supports entrepreneurs largely excluded from the venture financing system—primarily women and people of color. Jaime has been recognized twice by Goldman Sachs' 100 Most Intriguing Entrepreneurs awards, Ernst & Young's Pacific Northwest Entrepreneur of the Year, Inc.'s Female Founders 100, the Create & Cultivate 100, and is an inaugural mentor of the Inc. Founders Project.