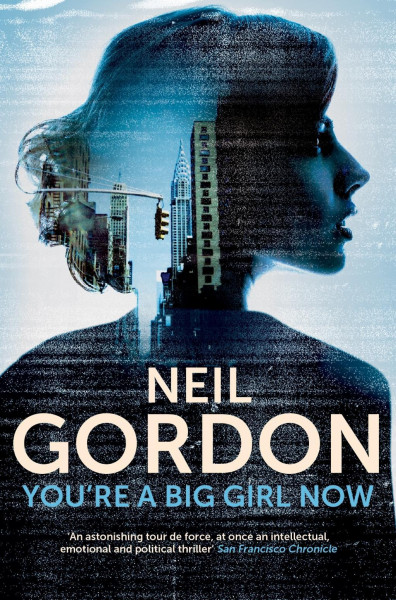 You're a Big Girl Now

You're a Big Girl Now

2011. Isabel Montgomery, investigative journalist, is the granddaughter of one of America's most radical lawyers, the daughter of one of America's most famous protesters. She's going to expose the Obama administration's unconstitutional surveillance of its citizens in the New York Times.Forced into hiding after her story breaks, she takes refuge in her grandparents' abandoned home. There, surrounded by the past she's run from for years, she makes a discovery that sees her question everything that led her to this moment.You're A Big Girl Now is a gripping, intelligent thriller about the moral and political responsibilities of the citizen in the modern world. For every choice, there is a consequence. The question is: should Isabel suffer for a choice she didn't make?[in a different colour or below a divider]Praise for Neil Gordon'An astonishing tour de force, [The Company You Keep is] at once an intellectual, emotional and political thriller' San Francisco Chronicle'Extraordinary . . . Sacrifice of Isaac immediately vaults Neil Gordon into the company of John Le Carré and Graham Greene' Newsday von Gordon, Neil

Neil Gordon is the author of three previous novels: Sacrifice of Isaac, The Gun Runner's Daughter and The Company You Keep, recently adapted into a major film directed by and starring Robert Redford. He holds a Ph.D. In French Literature from Yale University and is a literary editor at the Boston Review as well as Professor of Writing at The New School and Professor of Comparative Literature and Dean of The American University of Paris.