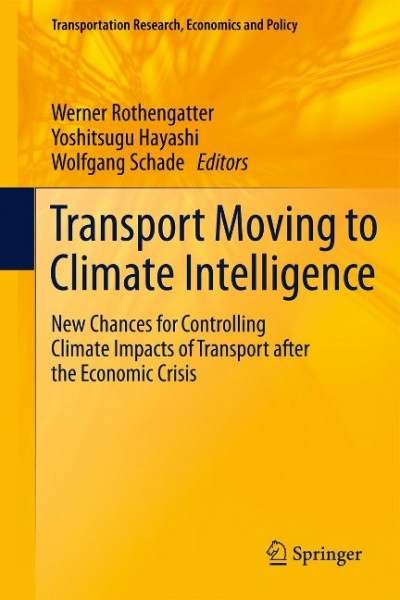 Transportation contributes to roughly a fifth of greenhouse gas emissions, and as a growing sector of the economy, its contribution to climate change, if remained unchanged, could even grow. This is particularly true in the developing world, where the growth rates of air and ship transport are expected to exceed those of the EU, and worldwide objectives to curb greenhouse gas emissions by 2050 by sixty to eighty percent could be placed in serious jeopardy.  This book addresses the key issues of controlling transportation growth and identifying and implementing measures that would significantly reduce the emissions of greenhouse gases from transport while maintaining its vital role in generating prosperity and mobility for future generations.  This book describes the challenge that transport constitutes today as well as its role in the future for climate policy. It will discuss and provide hands-on suggestions for transportation policy that will mitigate the greenhouse gas emissions from transport. The book is organized into five parts.  Part One presents an overview of transport and climate policy in the context of the recent economic crisis.  Part Two examines the problems and proposed solutions for curbing emissions from transport in industrialized countries while Parts Three and Four deal with the developing world, with a particular focus on India and China.  Part Five discusses tested solutions and provides policy recommendations making this book of interest to a broad audience of both policy-makers and academics concerned with the role of transport in reducing global climate change. von Hayashi, Yoshitsugu und Rothengatter, Werner und Schade, Wolfgang