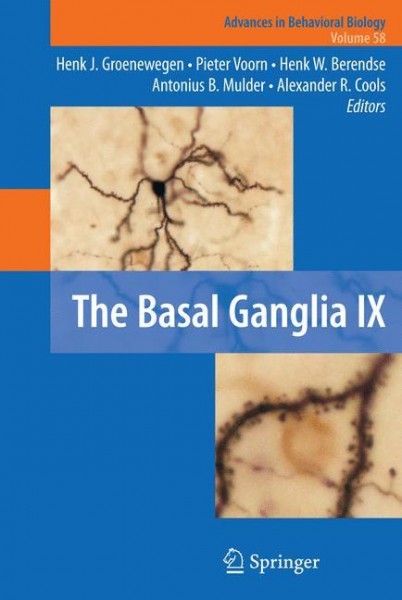 The aim of the International Basal Ganglia Society (IBAGS) is to further our understanding of normal basal ganglia function and the pathophysiology of disorders of the basal ganglia, including Parkinson's disease, Huntington's disease, and schizophrenia. Each triennial meeting of IBAGS brings together basic research scientists from all disciplines as well as clinicians who are actively involved in the treatment of basal ganglia disorders, to discuss the most recent advances in the field and to generate new approaches and ideas for the future.This volume comprises the proceedings of the 9th meeting of IBAGS, held in Egmond aan Zee, The Netherlands, September 2nd-6th, 2007. von Groenewegen, Hendrik Jan und Voorn, Pieter und Berendse, Henk W. und Mulder, Antonius B. und Cools, Alexander R.