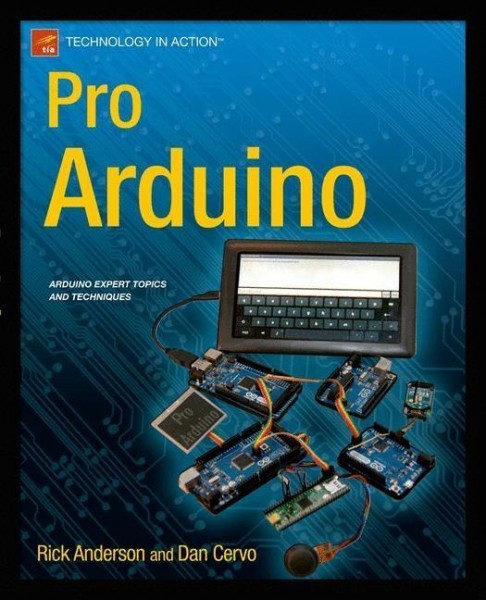 So, you've created a few projects with Arduino, and now it's time to kick it up a notch. Where do you go next? With Pro Arduino, you'll learn about new tools, techniques, and frameworks to make even more ground-breaking, eye-popping projects. You'll discover how to make Arduino-based gadgets and robots interact with your mobile phone. You'll learn all about the changes in Arduino 1.0, you'll create amazing output with openFrameworks, and you'll learn how to make games with the Gameduino. You'll also learn advanced topics, such as modifying the Arduino to work with non-standard Atmel chips and Microchip's PIC32.Rick Anderson, an experienced Arduino developer and instructor, and Dan Cervo, an experienced Arduino gadgeteer, will give you a guided tour of advanced Arduino capabilities. If it can be done with an Arduino, you'll learn about it here.

A bio is not available for this author.